This is someone's attempt to put as much of a mark as they can of their own on an already established franchise. I'm sure there will be some people who like it, but there will likely be a lot of people that hate it, too.

When I started this thread, a "remake" is what NightDive had been calling the general idea they'd announced earlier.

It was only when they got into the Kickstarter project that they announced they'd be calling it a "reboot" as a more accurate description of their actual intention, which was to change the design of the original System Shock (because "modern level design principles") but still market it as "System Shock."

I backed it because I'd like to see what they come up with. It's not what I wish they'd done, and I think the clear refusal to explain is wrong. But if this is all we can get (along with System Shock 3), well, they did the work to get the rights; I guess they can do whatever they want with the franchise.

I'm just going to post the whole message from Stephen Kick, CEO of NightDive, that he dropped a little while ago to Kickstarter:


In March of 2016, Nightdive Studios released our video of our vision of System Shock Remastered. Done in Unity it was an immediate hit with almost a half million views on YouTube. In June of 2016 we launched a Kickstarter campaign to make the vision into a reality. It was tremendously successful with over 21,000 backers contributing over $1.3 million to the campaign. We put together a development team and began working on the game. But along the way something happened.

Maybe we were too successful. Maybe we lost our focus. The vision began to change. We moved from a Remaster to a completely new game. We shifted engines from Unity to Unreal, a choice that we don’t regret and one that has worked out for us. With the switch we began envisioning doing more, but straying from the core concepts of the original title.

As our concept grew and as our team changed, so did the scope of what we were doing and with that the budget for the game. As the budget grew, we began a long series of conversations with potential publishing partners. The more that we worked on the game, the more that we wanted to do, and the further we got from the original concepts that made System Shock so great.

Ultimately the responsibility for the decisions rests with me. As the CEO and founder of Nightdive Studios, a company that was built on the restoration of the System Shock franchise, I let things get out of control. I can tell you that I did it for all the right reasons, that I was totally committed to making a great game, but it has become clear to me that we took the wrong path, that we turned our backs on the very people who made this possible, our Kickstarter backers.

I have put the team on a hiatus while we reassess our path so that we can return to our vision. We are taking a break, but NOT ending the project. Please accept my personal assurance that we will be back and stronger than ever. System Shock is going to be completed and all of our promises fulfilled.

That must've been a really hard message to write.

At least they saw that they were straying, but I have to wonder about the series of events that led up to them finally realizing that they went so far off track. Could it also have been some internal drama? I feel like there might be a lot going on behind the scenes that we aren't privy to.
Have a question? Send me a PM! || I have a Patreon page up for REKT now! || People talking in IRC over the past two hours:

#79 by Flatfingers
Maybe someone can persuade them to do a post-mortem when the game they do ship is completed.

On a very side note, at one point I was invited to send a resume to do level design for their System Shock reboot. The temptation was overwhelming; I consider System Shock the greatest game I've ever played. But I felt so conflicted about it -- given my vocal disagreement with altering the original game's core structure -- that I never could bring myself to apply.

Of course there's no reason to think someone like me with no professional credits would have been invited on as a contractor. But to read today that they let their 15 or so contractors go makes me wonder: what if I had helped work on the reboot? I can't even imagine what my thoughts would have been today, had I applied and had I been accepted to help expand the original game's design elements, only to have to stop those efforts....

I really do feel for the whole team. I hope the leads are able to find a good path forward to bringing System Shock back in a form that bridges the interests of original fans and today's gamers.

#80 by Flatfingers
Revised version now estimated for Q1 2020... but still no details on this version's features or how the team will avoid scope creep this time.

#81 by Talvieno
Given how big a shift it seems like it is, I wouldn't be surprised if they took on investors that are now trying to manage the project.
Have a question? Send me a PM! || I have a Patreon page up for REKT now! || People talking in IRC over the past two hours:

Talvieno wrote: ↑
Fri Mar 23, 2018 1:16 pm
Given how big a shift it seems like it is, I wouldn't be surprised if they took on investors that are now trying to manage the project.


I believe they said that happened.

In related news, Stephen Kick of NightDive tweeted "OK" to this picture: 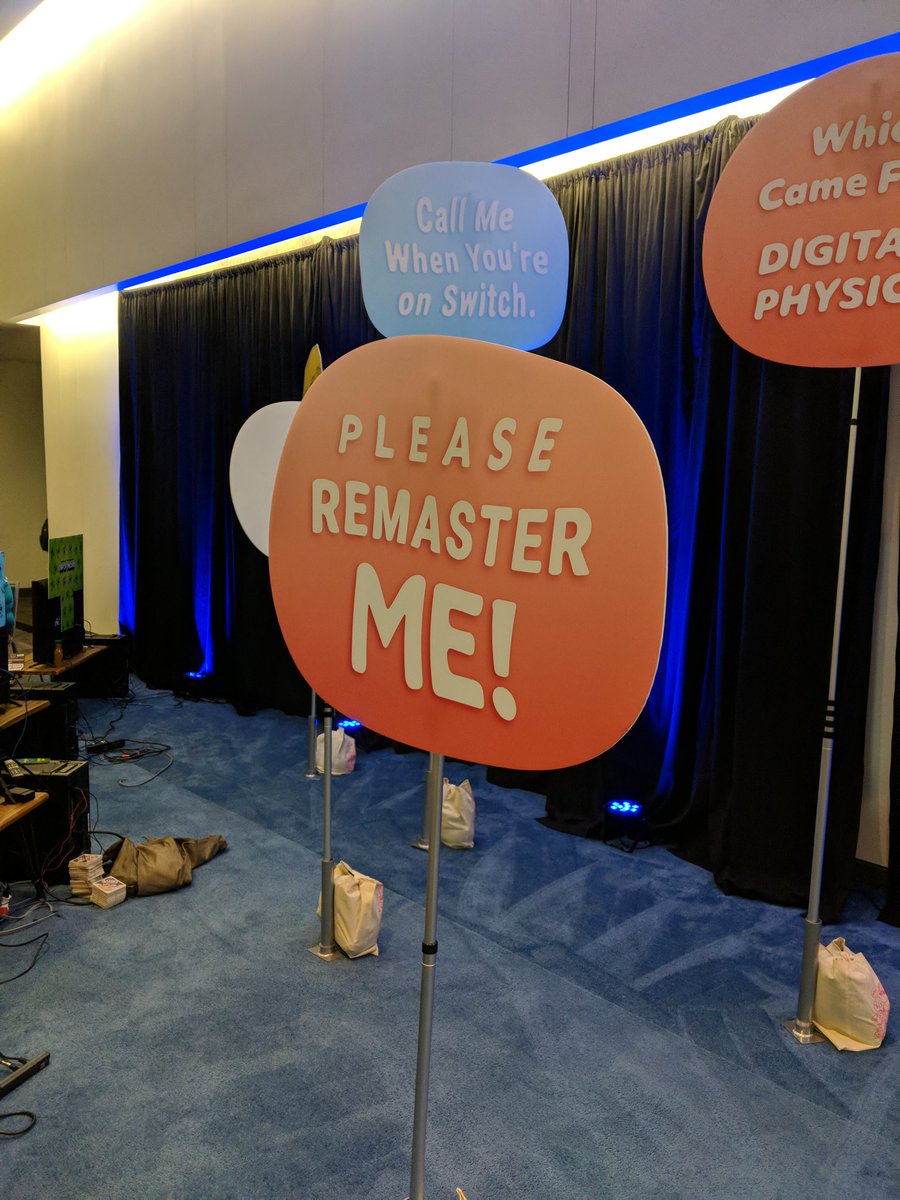 #83 by Dinosawer
https://www.kickstarter.com/projects/15 ... ts/2135868
*cue happy Flatfingers*
Warning: do not ask about physics unless you really want to know about physics.
The LT IRC / Alternate link || The REKT Wiki || PUDDING

#84 by Damocles
The initial artstyle of the Unity-Demo looked better and more unique than the "upgraded" newer versions.
Good that they go back to the initial proposal.
Bad for the time (and money) wasted though.

A tale of what can happen when nipping at the honey-pot of feature-creep.


Yes, you can imagine how closely I've been following this.

The refocused team are still saying things (mostly on their Discord server, apparently) about the combat side of the game: adding/altering weapons, still looking for some way to stick limb dismemberment into the gameplay. This bugs me a bit as, while System Shock certainly featured a lot of "shooting monsters in the face" as its action gameplay, for me what has always set it apart was its emphasis on exploring a complex and unique world. (BioShock kept the "unique" part, at least.)

It's too soon for me to be "concerned." Right now I'm just pleased NightDive are back to the remake concept... even if it took some publisher pulling out of a deal to make this happen.

#86 by Talvieno
Wow, they really turned around! That's awesome! We might get a legit remake now.

I'm pretty happy about this. Cautiously optimistic, sure, but... hey, at least they're heading more in the right direction.
Have a question? Send me a PM! || I have a Patreon page up for REKT now! || People talking in IRC over the past two hours:

#88 by Flatfingers
Since the "hiatus," the NightDive team working on the System Shock remake have been absolutely fantastic about showing their progress. They've often streamed their work as they were doing it -- level build-out, texturing and object placement, character modeling -- sometimes two or more times a week.

Some of the more difficult work is coming up now: getting the dynamics of the world working. From the dev conversations during streaming, it's clear they're still receptive to changing some things about the game. While I might even agree with certain changed (puzzles is a good example), this attitude of some of the dynamics of the original game being "wrong" is a concern for me -- not because "Ooh, I liked that, don't change it," but because once you open that door, it's hard to close it to the 1001 other Great Ideas... and then we're back to why the hiatus was necessary.

For now, though, the track they've been on has been highly productive, as the Adventure Alpha shows. I think they're on a good pace to ship their remake in 2019. Whether it captures the original game's zest....

Flatfingers wrote: ↑
Sat Oct 06, 2018 10:36 am
this attitude of some of the dynamics of the original game being "wrong" is a concern for me -- not because "Ooh, I liked that, don't change it," but because once you open that door, it's hard to close it to the 1001 other Great Ideas... and then we're back to why the hiatus was necessary.

That's very well put, and a major concern, I think, for anyone making a reboot of anything. There are plenty of examples of "reboots gone wrong" - Duke Nukem Forever, Thief, Dungeon Keeper, Sim City - but also plenty of reboots that "went right", such as Shadow Warrior. It's hard to close the floodgates after you open them, but it can be done, if it's done cautiously enough. I'm hoping they'll be that cautious here - this time, anyway.

#90 by Dinosawer
They're releasing an updated demo today at 10 AM PST which wil stay online for 48 hours apparently
https://www.kickstarter.com/projects/15 ... elaEz56QM0
Warning: do not ask about physics unless you really want to know about physics.
The LT IRC / Alternate link || The REKT Wiki || PUDDING