#2701 by positron
u guys saw the last town hall? i almost puked on the screen

this is exactly the kind of insane hype building that no man sky had.
the guy who is talking about the AI is day dreaming. no way they can pull off all his insane rants about the AI.
it was shocking to see .

this is exactly the kind of insane hype building that no man sky had.
the guy who is talking about the AI is day dreaming. no way they can pull off all his insane rants about the AI.
it was shocking to see .

What can they not pull of with the AI?
I admit that I only got halfway through the AI talk due to work, but what I heard (NPC retaining memory of you and your actions) sounded reasonable. Actually, with our current computational powers, I expect CIG to do more than just good enough pathfinding algorithms. Man, I'm tired of AI that is nothing more than glorified goldfish in a tank.
old-fashioned

#2703 by positron
its a 1:9 ratio for the AI , lets say we have a million players.. that's 9 million AI , each with complete memory and intricate behaviors full day/night cycle and the list goes on.(maybe that wont be an issue cause currently u cant have more than 24 players in an instance

)
they keep saying that u wont be able to tell if its an AI or not.. come on! i can spot an AI in less than 1 second in any game to date , the chances that they can pull this kind of AI is 0.. at least not in a reasonable time frame.

love SC to death , but all the talk about AI is just crazy talk..unneeded hype for a game which is already hyped through the roof!

#2704 by Cornflakes_91
What also annoyed me a bit in the last stream i saw (i think it was the same positron watched) is that with all their hype and giant space stations and pcg seamless planets they want to reduce "cities" to small areals with condensed content.

Aka the common "the 'city' consists out of 5 shops and 3 empty houses" trope.

With the justification that they dont want players to dilute through dozends of square kilometers of cities.

I mean, hey, eve online totally doesnt have very lively trade hubs with its >30k at once active players.
>.>

#2705 by Lum
They're designing Bethesda cities for an MMO?

Cornflakes_91 wrote:Give players reasons to coalesce on their own instead of forcing them to be in the same areal

In a large city they totally would coalesce too, around markets and mercenary halls, and taverns, and docks...
°˖✧◝(ಠ‸ಠ)◜✧˖°
WebGL Spaceships and Trails
<Cuisinart8> apparently without the demon driving him around Silver has the intelligence of a botched lobotomy patient ~ Mar 04 2020
console.log(`What's all ${this} ${Date.now()}`);
positron
positron
Lieutenant Commander

Cornflakes_91 wrote:Give players reasons to coalesce on their own instead of forcing them to be in the same areal

In a large city they totally would coalesce too, around markets and mercenary halls, and taverns, and docks...

#2710 by BMRX
So 2.6, the Star Marine update. It seems I was invited to the PTU again so I decided to hop in and just see where everything is at. Quite a few bug fix patches have gone into the PTU since it started.
I have glossed over what is being added in 2.6 beside Star Marine and Arena Commander changes (the obvious being the flight model changes), as the rest that came with 2.6 is slight UI changes (which is currently a mix between their old UI and this new badass UI) and a lot of back end stuff that I have not seen any results of.

So, Star Marine:
Some of you know I've been waiting for SM for sometime. FPS games are where my upbringing in gaming came from, so I have been anxious to get my grubby hands on it and 'wreck face'. Face my friends, were wrecked. Mine as well as the enemies.

The animations feel smooth, even in this "early implementation" things don't feel as clunky as I thought it would. (Compared to lets say DOOM 2016, SM/SC FPS is quite clunky but Doom Guy is a ninja ffs)
The guns feel like... Guns, I dunno every time I see a FPS review someone mentions how the guns feel. To me they seem like weapons and not rubber band guns. 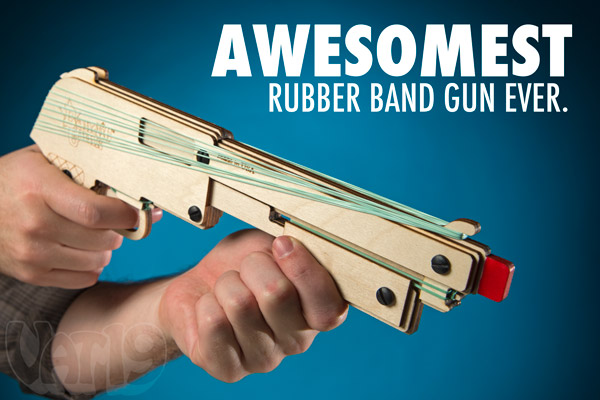 (My brothers and I had a bunch of these, we loved them)

People play this game at a lot faster of a pace than I expected, but I think this is just simply due to a lot of in experienced FPS players jumping the gun. (The SC community is actually full of a lot of people who have not touched FPS gameplay ever and have no real interest in it) It being fast isn't a bad thing though, for me it allowed me to rack up easy points while I briskly walked through out the level. People just seemed to line up to my sights like they wanted my bullets or lasers in their face.

Survival is a lot different in this game than it is in others... For one from what I noticed, health does not regenerate over time. Rather you need to heal yourself with a "Medi pen" you can carry only a few of these on you at a time. Oh also if you don't watch your vitals you can bleed out from your wounds. Essentially if you have been shot, you'll likely need to use a medi pen.

Frag grenades in this game scare me. I've yet to be killed by one but I had a lot of close encounters in my 2 games of SM. The sound they give off and the effects look... Scary. Like painful scary, it's pretty cool! Speaking of sound! The one level I played has a "EVA" portion with zero gravity. It makes for some interesting combat situations. The idea came to me to cook my grenades and float them over via under handed throw so that they float towards my targets and explode almost the moment they reach them. I like to call it Zero G Blood Bowling. I might master the technique someday, I know it's possible! Anyways... Sound! While in these EVA area's you are outside of the station you do all this gun shooting on, and they have finally given us their answer for how sounds in space are handled.

You might faintly hear an assualt rifle unloading a clip 40 feet away, at 10 feet you'll hear a muffle, anything close to your body has some actual sharpness to the sound but still sounds muffled. I'm very pleased with how they approached it... Mostly because it's how I expected them to.

The flight model, they seemed to have taken the approach of simplifying some of the tasks, now I know this seems like dumbing down the game but this is mostly a change in over all speeds and how reaching "cruise speed" is possible. Instead of flipping from normal speed to cruise without it costing you anything you must now use your after burners to meet cruise speed, it forces you to burn fuel to get to max speed once at max speed it will no longer cost you fuel. However I don't think I played with it enough to gain a full understanding of how it works as I would yaw my ship a bit and then drop speed like space friction magically became a thing. What I believe is happening is the forward thrusters are being activated when I yaw for some strange reason but I haven't checked it out yet. I'll touch on this again later once I test this theory of mine.

The change in flight speeds has led to something... Cool, it's a bit slower in "normal speed" than what it once was. However afterburner forces you into crazy speeds by comparison. Combat because of this has changed.

This is both a bad and good thing.

Bad because at this moment, fights at the moment seem to no longer be about finesse and more about clever maneuvering and a fairly good aim.

Good, because it's more fun. I would say that where ship combat is going is a good direction. It feels like an improvement.

Gone are the days of the elite pushed it to the limit pilots, in their place comes something that feels like a fun but believable game.

So far, the future of SC shines brightly in my corner.

#2711 by ResultsMayDiffer
I am seeking additional Star Citizen backer input on my survey: https://www.surveymonkey.com/r/X5JM78Q

So far reddit has been very uncooperative. I think I can trust you more.
Thank you.

#2712 by Talvieno
Hope you get good results for your survey, ResultsMayDiffer.

Seems like a normal survey until Question 3.
Why do you need to know my finance history?

Now I see why Redditors were less than happy to partake in your survey...
YAY PYTHON \o/

#2714 by Talvieno
Hmm, yes, that is a bit of an odd question.
Have a question? Send me a PM! || I have a Patreon page up for REKT now! || People talking in IRC over the past two hours:

#2715 by Detritus
He is documenting our wallets!

Going to assault the richest!