What color would that be?

I can add one to shoot at things directly for (fun) testing. Also to have an easier method to iterate on the effects.
But the weapons later will be controlled less directly, by activating them on a specific target.
Last edited by Damocles on Tue Jan 23, 2018 3:39 am, edited 1 time in total.
Victor Tombs
Victor Tombs
Elder Council Member

Anything but pink, Damocles!

Anything but pink, Damocles!

anyhow. I did not have time yet to work on any nice graphical effects. Time for this boring "architectural work", as you might know from LT.
But I do have a simple multiplayer environment set up. Just write me a PM if you want to test if the basic connection and update-loop works.

Its very basic, and only contains ship-movement updates and a simple chat. More like an simple IRC with ships flying about..
(in a way more sterile dev enviroment)
Victor Tombs
Victor Tombs
Elder Council Member

#95 by Victor Tombs
I'll pass on the multiplayer experience, Damocles.

As far as the colours are concerned. I can see from that link that there is a great range of choice. I quite like that blue that the LT Team use in the Pax Demo.

#96 by Damocles
Implemented lasers. No Pink laser yet. 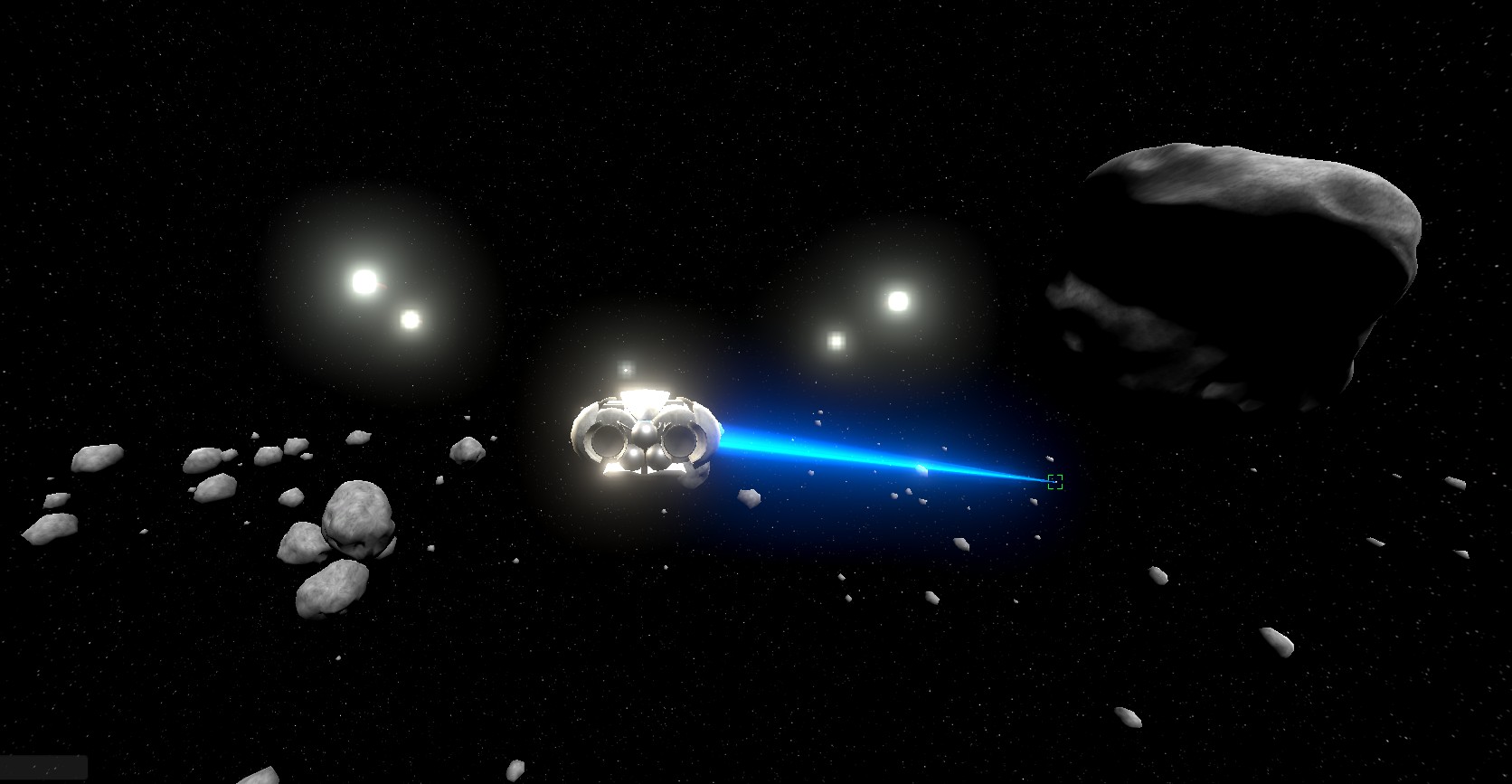 #97 by Cornflakes_91
which key to press to use it? :V
Limit Theory IRC Channel FAQ big QA Thread Retroshare

#98 by Damocles
No updates in the demo yet. I will compile one when there is more gameplay implemented, as shooting at floating target boxes is good for development of the mechanics, but not really engaging yet.

The code is getting messy, and needs a refactoring anyway.


I feel like this could be cross-stitched, framed, and hung above the computer of everyone who has ever attempted a serious coding project.
Victor Tombs
Victor Tombs
Elder Council Member

Nice choice of colours, Damocles, and don't they just compliment that space scenery.

In my opinion, you can forget the pink lasers.

Flatfingers wrote: ↑
Sat Jan 27, 2018 10:41 pm
I feel like this could be cross-stitched, framed, and hung above the computer of everyone who has ever attempted a serious coding project.

Yup, right now Im setting up a "proper" implementation of everything.
There is always a time for each approach.
In the beginning I like to keep the project as small as possible, to be able to quickly throw in mechanics and features, to test them in a halfway working environment.
This allows me to quickly iterate over features, without being concerned about all kinds of dependencies.
I also like to take the time for each component, to feel smooth and fun. (delaying that for a later time will often drag suboptimal implementation forever into the future)

But I also know that the project will going to be wiped clean, and the implementations rewritten, based on the knowledge about the systems in mind, and with a proper architecture.
(I only know Unity for a couple of weeks, and still need to learn how it works)
Otherwise (without cleaning up) the progress on the project would stall, while constantly trying to fix the leaks.

Unity has the sweet Siren-Call of doing everything in their (great) editor. Its is really good for fast prototyping, but will ultimately lead to an unmanageable clump, the more I add.
(Where I spend more time browsing through sub menus in the editor to find stuff, than working productively)
So now I try to move everything to C# files, and generate all objects and scenes by code - code I can hide in the depth of some folder, and never have to look at again, so it will not distract. Also because the game is not requiring a complex level-architecture (like an RPG or Shooter for example), but needs to represent all locations in the universe by a few hundred bytes from the server; and that can only be generated at run-time anyhow.
I will use the visual editor later mainly to stage the visuals of a scene, and then somehow convert that into a CSV or similar simple fileformat that I can process on the server.

BUT .. there is always the danger to submit to perfectionism, and trying to get the best architecture possible -for all kinds of contingencies, ending up in making no progress at all. 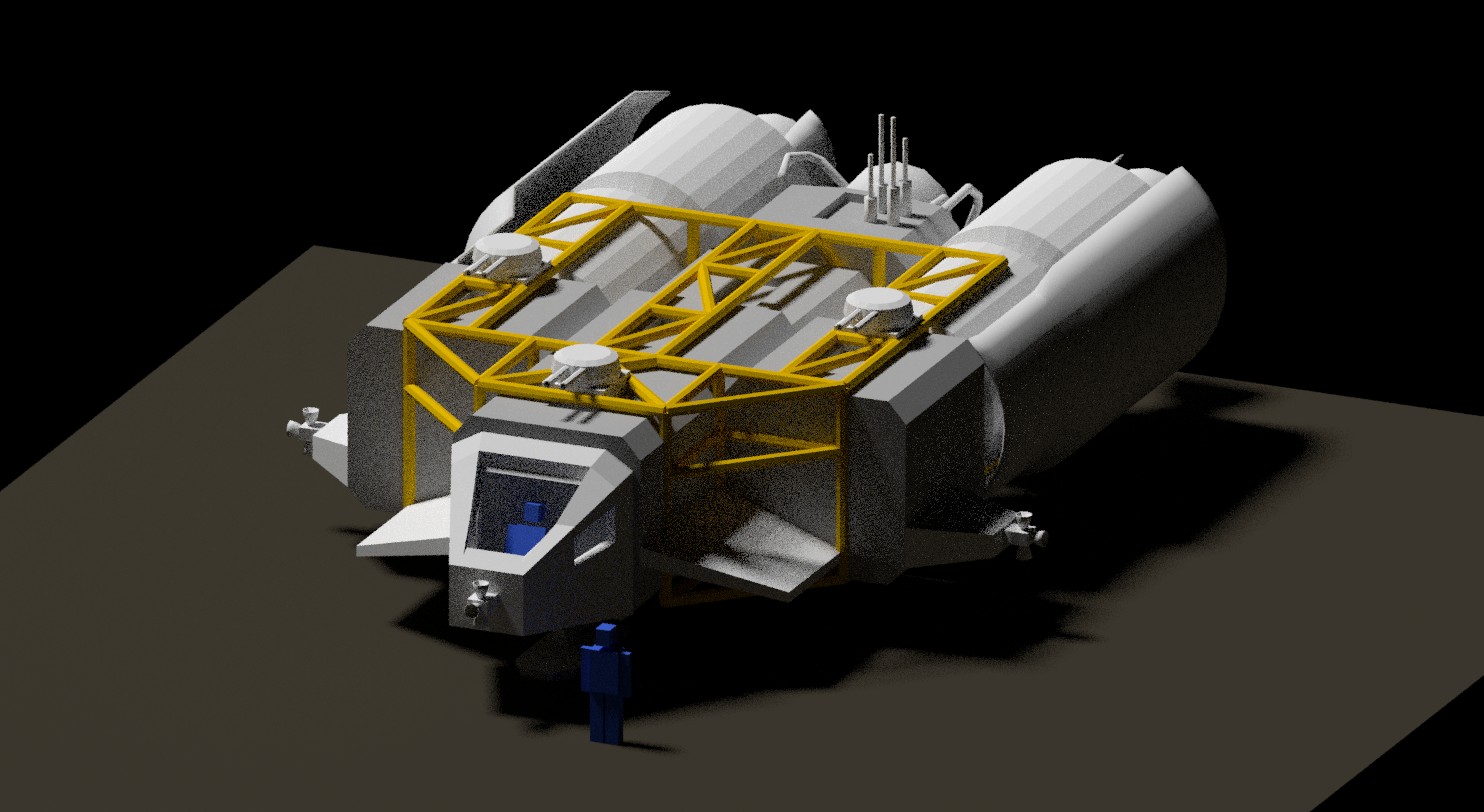 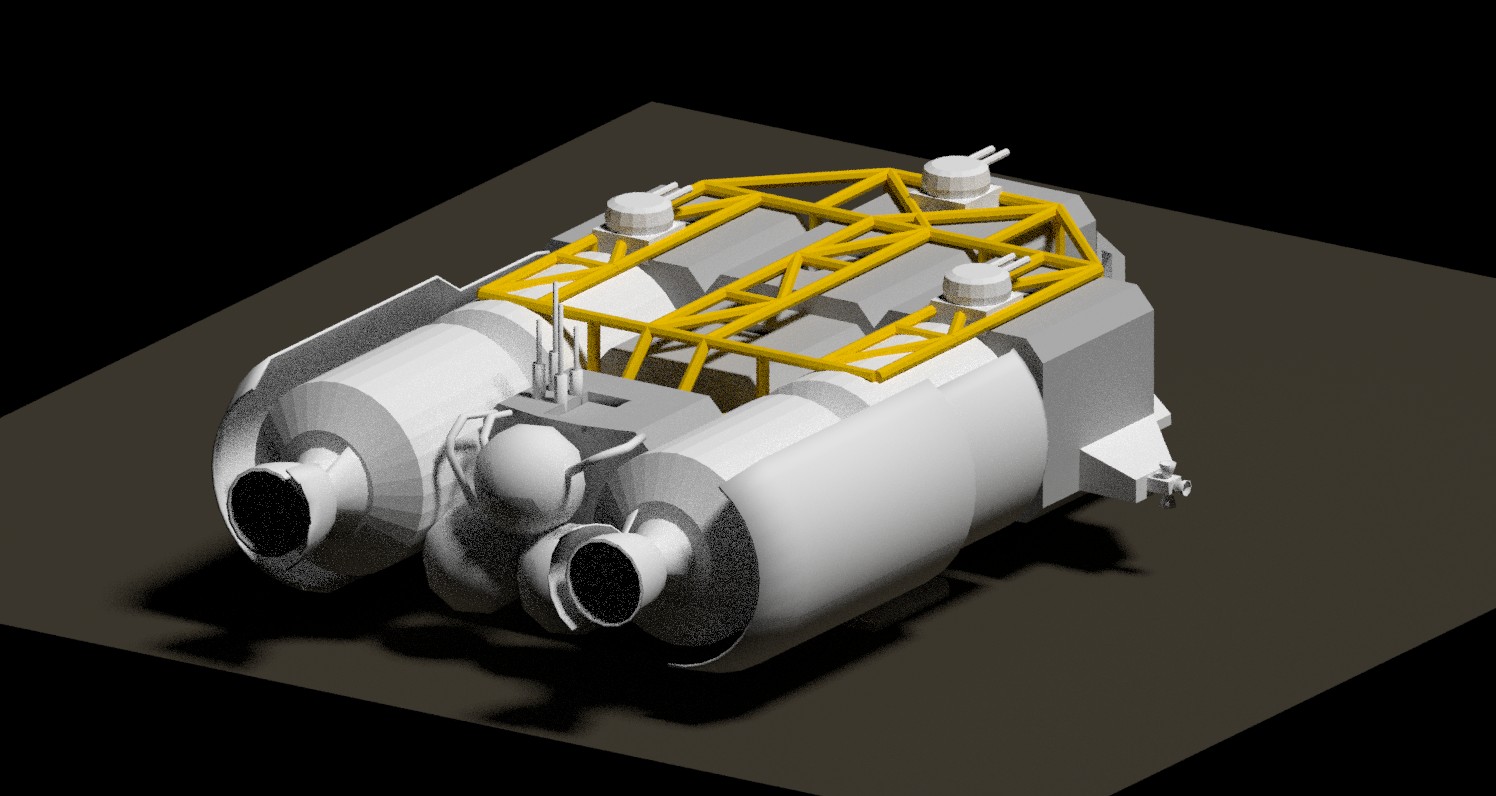 Looking forward to seeing how modular you make it.
Have a question? Send me a PM! || I have a Patreon page up for REKT now! || People talking in IRC over the past two hours:

#105 by Damocles
Here a first iteration on modeling a small moon. The crater edges are still way too fuzzy, but it looks more realistic now than in the demo. 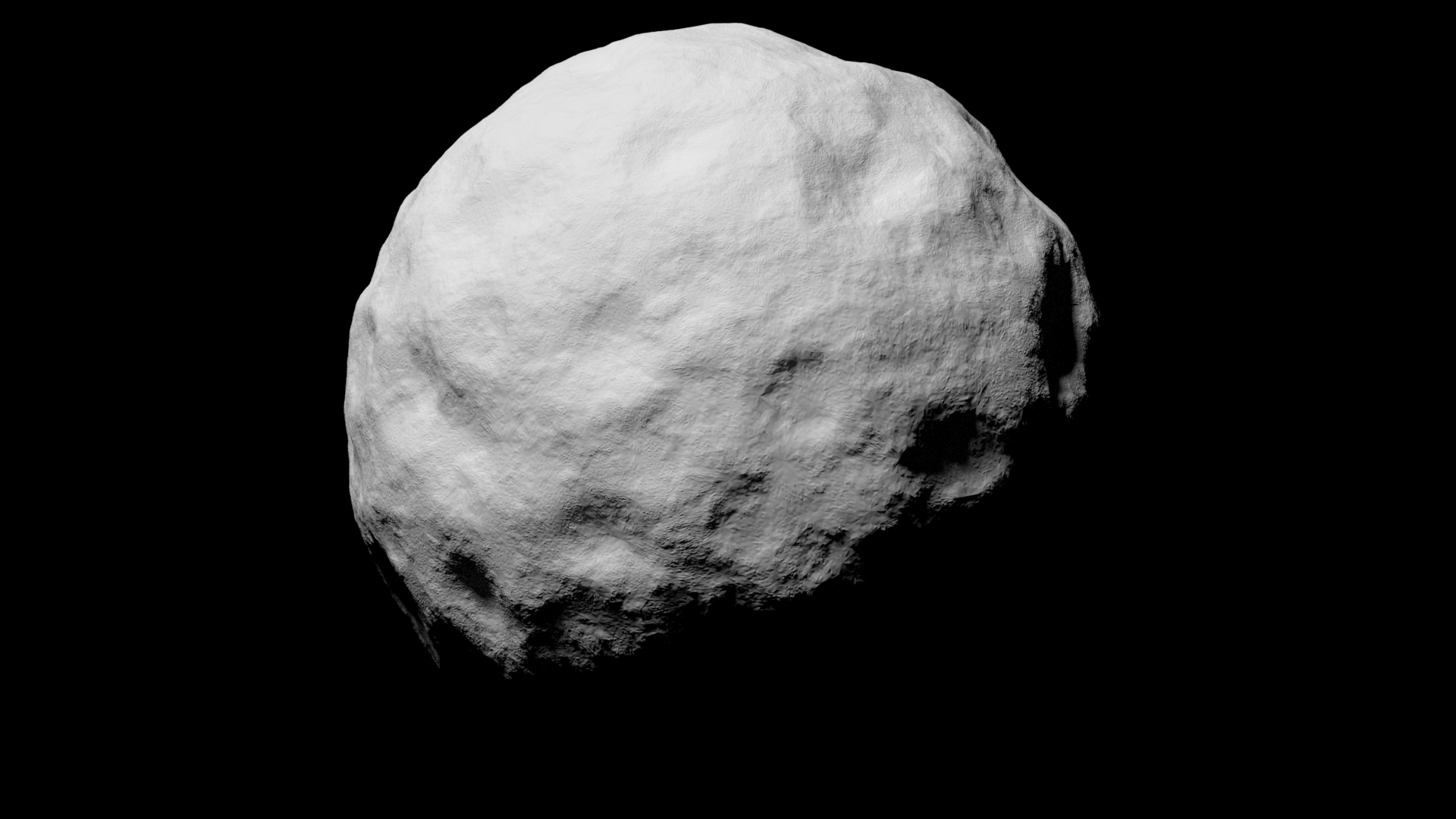