Trump never tried to change laws to remove media he didn't like though. Well, that would be a good point... except he did. https://i.imgur.com/ALb026J.png Saying he would like to do something if he had the power is different from having the actual power.. or actually doing it. Was it a smart thing ...
Zanteogo
Zanteogo

I guess Trump exploring ways to punish press outlets for reporting things he didn't want reported isn't infringing on free speech now, but private groups making it so people can't say slurs on the platforms that they own and allow other people to use is? Big social media like Twiter, Facebook and Y...
Zanteogo
Zanteogo

The part that will affect me is the coming massive crack down on social media. It's going to be far left, everywhere all the time. All other voices will be pushed out and labeled criminal. I see myself as more as a center person, and believe that the removal of all other voices will only make it ea...
Zanteogo
Zanteogo

That said, while I think the corporate powers are a little less favourable towards Trump than they were, they would've still much preferred Trump to win as the GOP have a history of shady deals and quid pro quo with big corporations, as is much a trend amongst conversative governments (See: Austral...
Zanteogo
Zanteogo

Maybe it's because I'm tired, but I don't quite get what you're talking about. I mean, sure, I agree with a lot of it, but what is this in reference to specifically? Government by the people for the people is the biggest lie we have been told. I have been watching the US election closely. It's so c...
Zanteogo
Zanteogo

Josh the lying liar who lies. Well.. your not wrong. Though I didn't think Josh outright lied during the attempted development of Limit Theory, his disappearance shortly after giving up, and after promising to release the code for people to play with.. and never doing it.. does make me wonder. When...
Zanteogo
Zanteogo

Wow. Just wow. I knew this election was going to be game changing, but wow. This is the point in history friends that the hidden cabal that actually rule the world have let the curtain slip just wide enough that we got a peak inside. Elections, freedoms, rights. They are all an illusion. Everything ...
Zanteogo
Zanteogo

Honestly at this point I wouldn't expect it.
Zanteogo
Zanteogo

The video looks interesting. The ship deign feature looks like something I could sink hours into.
Zanteogo
Zanteogo

Yeah, I saw that. Can't really say I'm surprised. My laptop's about three and a half years old and it falls just short of the minimum requirements. Current-gen consoles are twice that. I really can't imagine what kind of hoops they'll have to jump through to get it to play nice on hardware that anc...
Zanteogo
Zanteogo

Well.. the blatant covering for the Democrats by pretty much all of social media is a bad thing for everyone. As I said, I'm not American, so who ever the American people pick to lead their country next week is up to them and effects them way more than it effects me. The approach social media has ta...
Zanteogo
Zanteogo 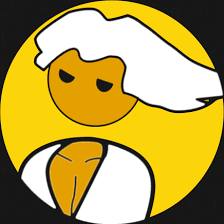 They claim to all be working from home, so not sure how that would effect it.
Zanteogo
Zanteogo

And early enough notice to unbook that time at least. For places that allow that. My place for example forces people to use up all their vacation time by a certain point and will actually book for you after a cut off time if you don't. Right now we wouldn't be allowed to change. Not that I booked t...
Page 1 of 120
Search found 1793 matches